Nothing says you’ve made it like your own private jet. Feel like having lunch in Paris? How about a ski vacation in the Swiss Alps? Hop aboard and you are just hours away from some of the top vacation destinations on the planet. Unfortunately, most of us will never experience the thrill of taking a trip on a private jet, much less own one of our own. Only a tiny fraction of the 7 billion or so people in the world can afford luxuries like private jets, but it doesn’t hurt to look, right? If a private jet purchase is on your to-do list, here are some that you may want to consider. 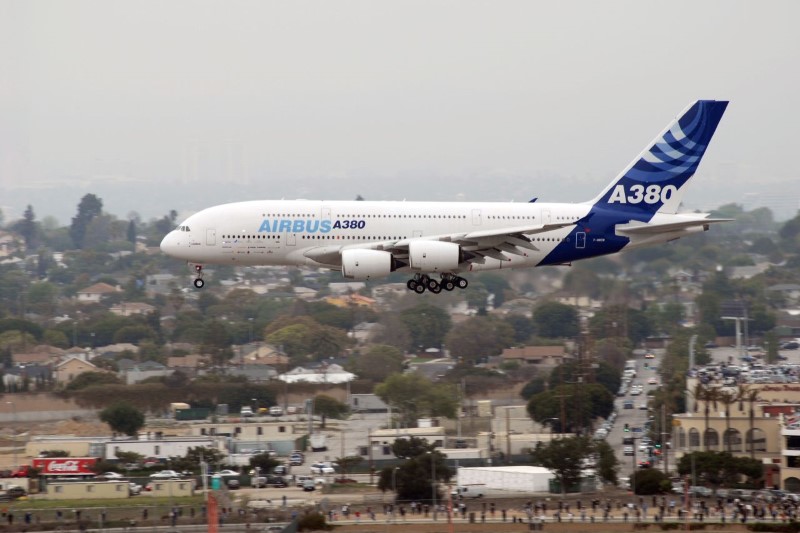 This is an aircraft that can virtually become a flying palace, and the person that has come about as close to that as you can imagine is Al-Waleed bin Talal, a member of the Saudi Royal Family. In fact, his $500 million A380 is referred to as the “Kingdom in The Sky.” The A380 is currently the world’s largest passenger airliner and is 238 feet (73 meters) long and stands 80 feet (24 meters) tall. In it’s standard configuration it can carry a staggering 853 passengers, but those who are purchasing it for private use will no doubt use much of that space for purposes other than seating. It is capable of climbing as high as 43,097 feet (13,136 meters) and can travel up to  9,755 miles (15,700 km) when fully-fueled. 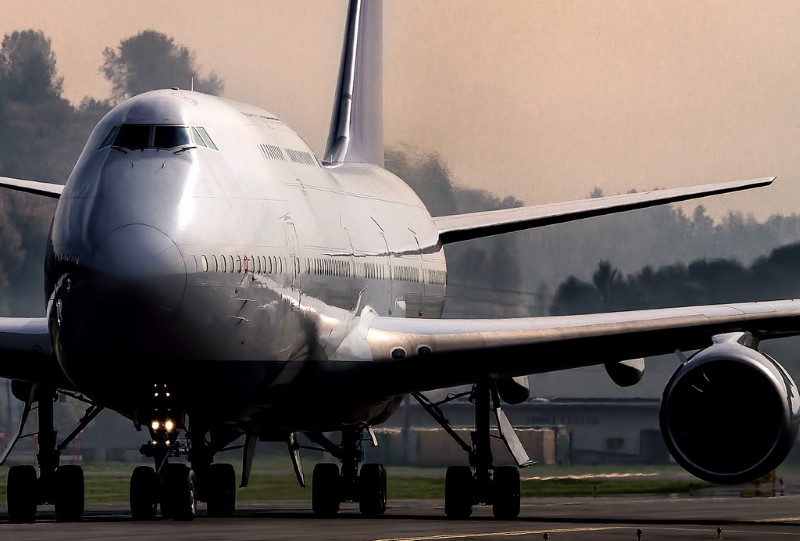 While it may seem absurd to think of a massive 747 airliner as a private jet, it’s been done and will probably be done again. The 747 has a long history that once distinguished it as the best long-haul jetliner in the world, and was placed in service my many of the world’s top airlines to carry passengers along some of their longest routes. It was also recognized for many years as one of the safest jetliners in service. For those that are able to purchase one of these monster jumbo jets for their private use, they can plan on having enough room on board to throw a party for 605 of their closest friends. With a range of around 9,000 miles (15,000 km), you won’t have to worry about coming down too soon either! With a maximum altitude of 43,100 feet (13,136 meters) it may not fly as high as some jets, but it more than makes up for it with all the space inside you could ever want. 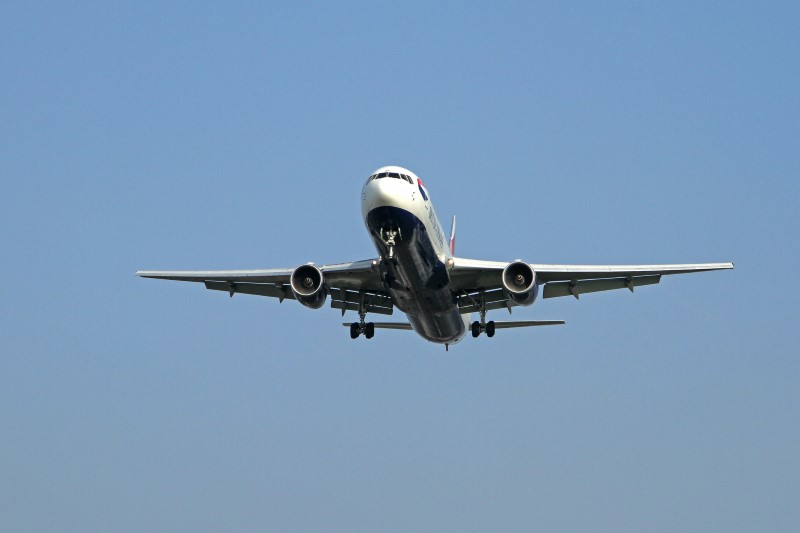 We usually think of jets like the 767 and some of the others on this list as being manufactured only for the big airlines who ferry millions of people all over the world. There are, however, special configurations available that better suit the private aircraft owner who likes their private jets on the large side. Russian businessman Roman Abramovich is one of those people, and his personal 767 is configured to include a dining room for 30 people and a master bedroom. In it’s default configuration, the Boeing 767 private jet can carry 50 passengers at a top speed of 528 miles per hour (851 kmh) and take them a distance of up to 7,134 miles (11,482 km) when fully-fueled. 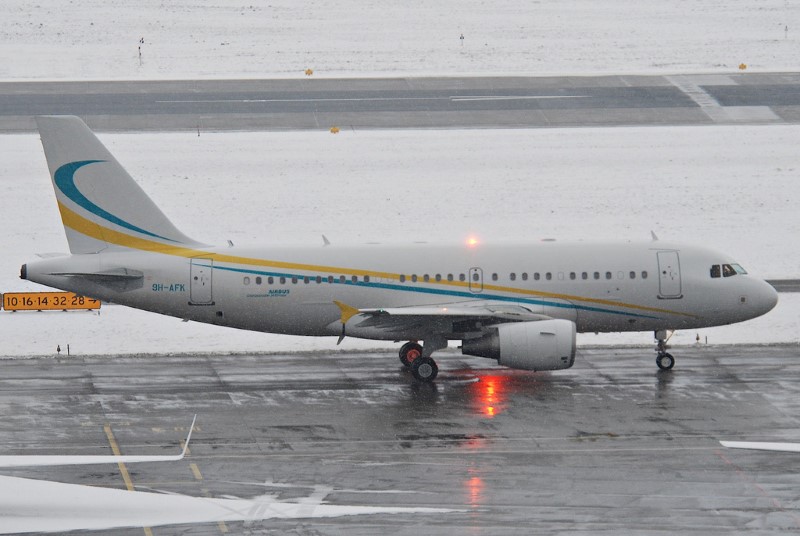 Perhaps “Airbus” wasn’t the best name for a company that builds jet aircraft. After all, when most of us think of a bus, we’re not likely to consider it to be the most luxurious mode of transportation available, and the Airbus A319 is a good example of why they may have been better off with a name like “Airlimo.” This private jet is for the wealthy individual who likes to take their friends along when they travel. This super-sized private jet can carry up to 124 passengers for 4,131 miles before it requires re-fueling. It’s a tad slower than some of the other sleek jets on this list with a top speed of 541 miles per hour (871 kmh) and it’s about 111 feet (34 meters) long. 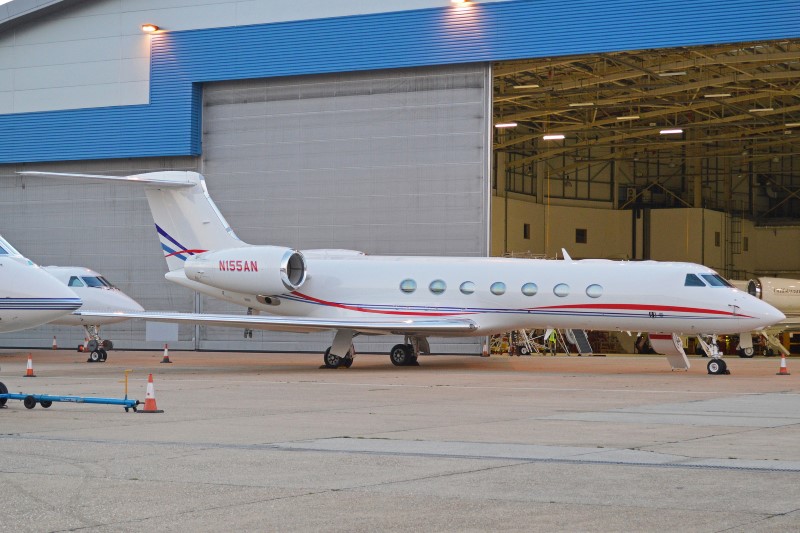 Gulfstream is one of the top names in the private jet industry. Their clientele is not just limited to wealthy individuals either. The U.S. Government and probably other governments around the world have a number of Gulfstream jets they use to ferry government and high-ranking military officials from place to place. Gulfstream manufactures a number of models, but the G550 is one of the most luxurious. It is approximately 91 feet long, has a 93-foot wingspan and can accommodate up to 19 passengers. It’s top speed is 585 miles per hour (941 kmh), so it will definitely get you were you want to go pretty quickly. It will fly up to 51,000 feet, and will travel up to 7,769 miles (12,500 km) on a tank of gas.