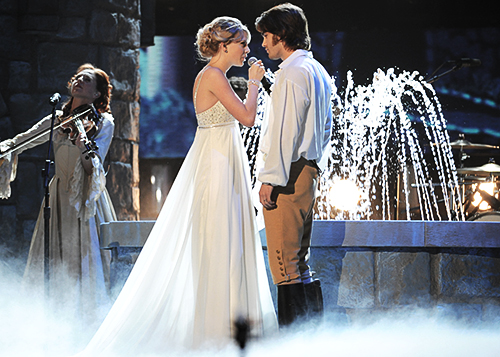 Taylor has had more celebrity boyfriends than a baseball stadium has had hot dogs!… *deep breath* Joe Jonas, John Mayer, Cory Monteith, Taylor Lautner, Zac Efron, Jake Gyllenhall, Connor Kennedy and Harry Styles. She did deny rumours of being linked with Ed Sheeran, but we think they’re just very good friends. Although she has admitted in the past that she has a soft spot for redheads, saying: “I would do a ginger. I like Rupert Grint, the guy from the Harry Potter films.” She’ll eat you alive Rupert, run!